The gaming industry is experiencing massive growth thanks to the pandemic that drove many people to digitization. Also with rapid innovation in multiplayer gaming through platforms like Steam and Twitch, there is a growing interest in the gaming cryptocurrency.

Cryptocurrency in the gaming industry has been a talk after the introduction of blockchain technology to further improve payment security and strengthen in-game purchases.

The first-ever crypto game was CryptoKitties. And with the popularity of digital money growing the demand will make furthermore options available in the market.

It is estimated that cryptocurrency is about to exceed $180 billion by 2025. Now, these market forecasts for the gaming industry make the future of the cryptocurrency sector full of promise.

Now which of these gaming cryptocurrencies are currently trending in the market and how we can reap benefits from this in the future? To answer this we have covered some of these cryptocurrencies to help you make a better decision.

So let’s get started.

What are the Best Gaming CryptoCurrencies?

Here is my list of the best gaming cryptocurrency that you should explore this year.

Gala is founded by Eric Schiermeyer (the co-founder of Zynga and gaming legend), Michael McCarthy (the Creative Director behind viral gaming hits such as Farmville 2), and Wright Thurston (one of the first major miners in the cryptocurrency space and holder of multiple patents on blockchain technology).

The Gala Token aims to gain leverage in the growing browser-based gaming experience. Their mission is to enable freedom by playing. The aim is to put the power in the hands of the players by giving them complete control over the in-game economy.

You earn Gala tokens by playing their games and which can, in turn, be converted to other major cryptocurrencies like Etherium and Bitcoin. Plus, you can support the gala ecosystem by owning nodes and in return receive gala tokens for the service.

Moreover, they have active collaboration with Brave (a private browser) and recently revealed a second upcoming collectible NFT collaboration between them. Their other game called Mirandus has seen huge success as most of the in-game items have been already sold even before its release.

So I am bullish on Gala tokens in the near future and you can check these guys’ work using the below link to get more ideas.

Enjin coin is an ERC20 token driven by  Enjin which is one of the largest online gaming communities. It offers a flexible and free platform to integrate, create, and scale tokenized gaming assets.

Enjin was primarily developed by Enjin Network Team, especially for players that enjoy Minecraft. And Recently they have partnered with Microsoft to bring non-fungible tokens (NFTs) to Minecraft.

Apart from this, you can also create a network of allowed players to set up servers and trade online. You can also play games made by Enjin Coin technology like ReBounce, 9 Lives Arena, Bitcoin Hodler, Forest Knight, War of Crypto, and Age of Rust.

Currently, the Enjin coin is one of the best gaming cryptocurrencies and has recently partnered with Samsung. The purpose of this deal is to distribute the Enjin Coin wallet directly to Samsung smartphones.

You can clearly see the potential of this cryptocurrency as it is on 20 million smartphone devices recently sold by Samsung.

Decentraland allows users to purchase,  build, and monetize virtual reality applications. It is powered by the Ethereum blockchain for running the virtual world of games.

You can create 3D objects which then can be showcased and sold to other interested buyers. It is still not fully functional and expected to be like this for a few coming months.

Decentraland is planning to partner with Atari (ATRI) to bring in-world casinos according to crypto expert Austin Arnold. This will further build the popularity of the gaming platform and users can play with the ATRI, DG, or DAI stablecoin.

Game Credits is an open-source digital cryptocurrency that allows the purchase of in-game content. It was incepted to be introduced in 2015 as GamersCoin (GMC) but was later rebranded to GameCredits (GAME).

Founded by Aleksandar Mihajlovic (Alex) and Nebojsa Maksimovic (nicknamed Nele) the platform was designed to enable hassle-free payments in the gaming industry. Its concept is similar to that of Litecoin but has a few gaming specs to it.

It enables a smooth mode of exchange and allows gamers and developers to receive payouts. Game Credits have expanded its platform to PC gamers and now they offer deposit options of cryptocurrency.

MobileGo is another popular gaming cryptocurrency that powers several games like Black Shot Global, 55 Street, Baldur’s Gate, etc. The MobileGo (MGO) is an offshoot of GameCredits introduced to revolutionize the gaming industry.

MGO is primarily designed to perform in-game purchases and buy upgrades to the game. It is a decentralized cryptocurrency blockchain-powered platform that also works on Ethereum.

According to the platform it now powers more than 500 games using its cryptocurrency. One advantage of having this platform is that players do not require dedicated mobile apps.

Also, MobileGo was able to raise $53 million during a crowdfunding ICO, the second largest of that time. You should keep a close watch on the new developments happening on this platform as it might be the next game-changer.

Ionomy platform is a blockchain-based project designed to make a variety of mobile games interesting by rewarding the players. The game that is powered using Ionomy is Offroad heat, CryptoGravity, and coming soon on The Moon and UrbanWords.

The platform’s potential to gain leverage on mobile gaming can be a game-changer for ION. Therefore, it will be interesting to keep this gaming cryptocurrency on the radar.

Loom Network is a platform that is built on top of Ethereum and allows developers to run large-scale decentralized applications. Its cryptocurrency is a DPoS (Delegated Proof of Stake) side chain that increases the speed of the games running on the Ethereum network.

It is basically an additional layer to work as a scaling solution for Ethereum. This comes from the creators of CryptoZombies and digital CCG Zombie Battleground.

LOOM is basically designed to solve developers’ problems of scalability and improve the overall experience for the user. Therefore, LOOM in itself is a currency that is not in the game itself but used in gaming platforms.

The gaming industry is evolving and there is a lot of video interaction with audiences happening through the streaming platforms. For example, SilverTV, which has more than 1 million users distributes Theta Tokens on its rapidly growing platform.

Theta token can be considered one of the top gaming cryptocurrencies to be watched in the coming year.

The DreamTeam Token project is one of the most promising cryptocurrencies in the esports section in years to come. They are primarily an infrastructure platform that also has a payment gateway for e-sport and gaming.

Founded by Alexander Kokhanovskyy having 20 years of esports background experience is a guarantee for the seriousness of the project. By lowering the entry barrier, DreamTeam intends to bring mass adoption to eSports.

Though this platform is known to very few users, many experts in the industry are forecasting that it will reach a maximum audience in the near future.

So now let’s cover some basics.

What is Gaming Cryptocurrency?

Gaming cryptocurrency is the one that you earn from either playing the games of crypto providers or supporting their gaming ecosystem through servers.

Basically, it is in-game money used to earn and purchase game items that can be converted to other cryptocurrencies to make a living. It is also based on blockchain technology that powers most of the cryptocurrencies today and provides robust security.

The aim of launching a gaming cryptocurrency is to accelerate in-game purchases and reduce exchange barriers involved in the trading of these tokens between players.

What is the Future of Gaming Cryptocurrency?

The future of gaming cryptocurrencies is bright looking at the current growth in the industry which is poised to touch $180 billion dollars by 2025.

However, here are some crucial factors that you need to gauge to understand where the industry is heading.

You need to pay attention to how many people are actually involved in supporting the gaming ecosystem. The more the number of people supporting the infrastructure the higher the chances of the gaming cryptocurrency rise in value.

Check what amount of fiat currencies are involved in the gaming token created by the game. The larger the amount the more chances are that the game is a success and in return will command a high price for its gaming cryptocurrency.

Another important factor to consider is whether these games are available on other gaming platforms like Steam, Microsoft Store, Itch.io, etc. This increases the potential reach of the game and thus will increase its market value driving the prices of its cryptocurrency higher.

The gaming industry has been witnessing very strong growth over the past few decades. This is only going to get better as more and more people get connected to robust technology and high-speed internet.

With the future going to be electric we can also expect a massive rise in the power generation capacity to meet these demands. Therefore, this will give rise to the adoption of digital assets like cryptocurrencies.

Gamers will be inclined to purchase the best gaming cryptocurrency like Gala Tokens and DreamTeam Tokens to simplify their gaming experience. Therefore, you can also see these cryptocurrencies from an investment point of view to make some money.

Which gaming cryptocurrency are you planning to use? Let me know in the comment section below.

More from Smashitbuck: Do check out my articles on the grammar check online, CRM software, and Video Conferencing Software to read this year.

Authored By Amey Sarode
Amey Sarode is a Lead Web Developer in GOMO Group with expertise in multiple software verticals. Before starting this blog, Amey managed multiple projects for startups and now reviews the best software to run your online business. 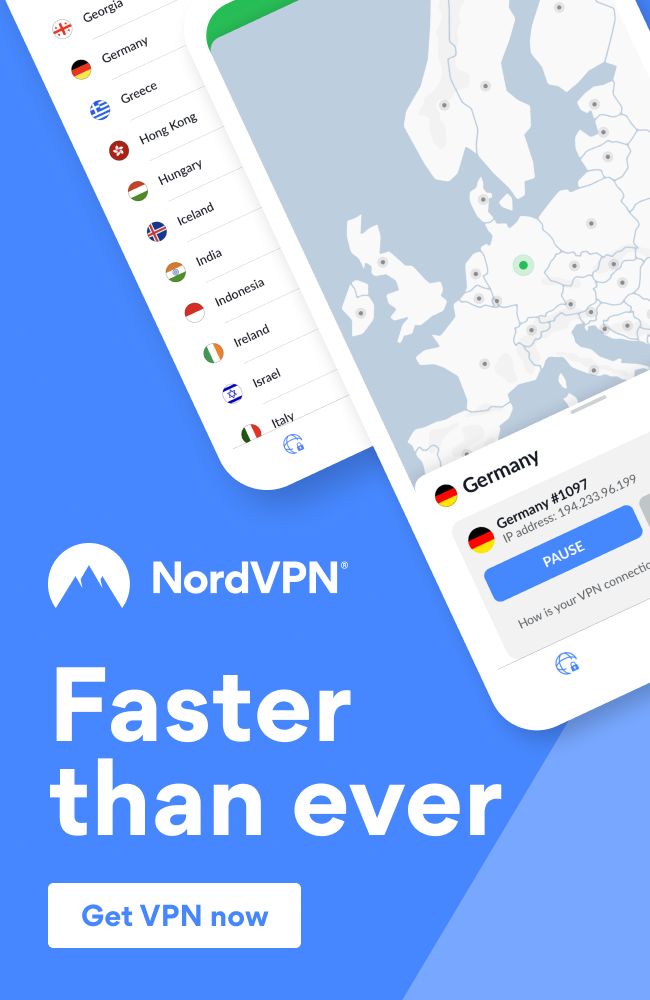